It is 400 years since William Shakespeare died (23rd April 1616) so the whole nation is celebrating his amazing work this year.

Shakespeare is probably the most famous writer in the English language having written over 37 plays.  His plays such as Romeo and Juliet, Macbeth and Twelfth Night remain as popular today as they were in Elizabethan times.

The plays continue to be performed regularly and some have even been transferred to the big screen!  Many plays have study notes (that have been written to aid adults in their understanding of the language used), whilst some have been simplified for younger readers.  The series of books by Andrew Matthews are extremely popular with primary schools.  Find out what he also recommends for children at:

At Halewood CofE, we will be joining in the celebrations this half term, especially W/C 25th April.  Each child will be given a "Passport to Shakespeare". 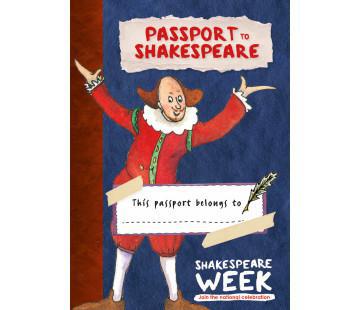 In the meantime, why not check out these websites for further fun and activities: